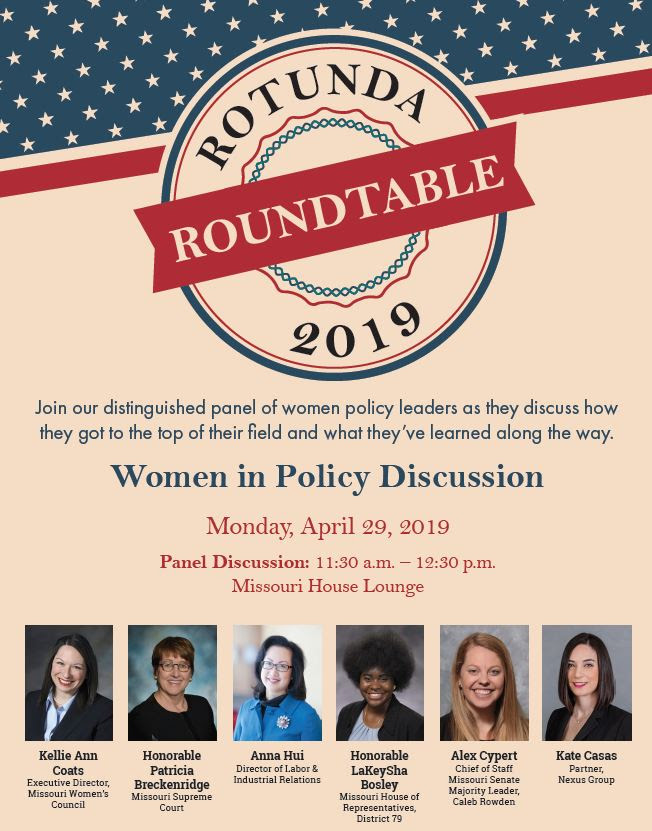 JEFFERSON CITY, Mo. — A group of women involved in a variety of roles across Missouri’s political and policy spectrum will lead a roundtable discussion next week about their respective fields and what it took to land their careers.

The six women plan to “discuss how they got to the top of their field and what they’ve learned along the way.” It is hosted by the Missouri Women’s Council, the Women’s Foundation, and the Women’s Policy Network of Missouri.

Earlier this month, Missouri women celebrated the 100th anniversary of gaining the right to vote in the Show-Me State. Before the 19th Amendment to the U.S. Constitution was officially adopted in 1920 — prohibiting denying the right to vote on the basis of sex — the Missouri General Assembly passed legislation allowing women to vote for the president and vice president in the 1920 election. The bill was signed by then-Gov. Frederick D. Gardner on April 5, 1919.

“Anniversaries like this one help us to remember how far we’ve come, and how far we still want to go,” Coats previously told The Missouri Times. “When you vote, it’s about so much more than putting pen to paper. The right to vote is a sacred pillar of democracy; it’s the embodiment of representation, of an individual’s voice and impact.”