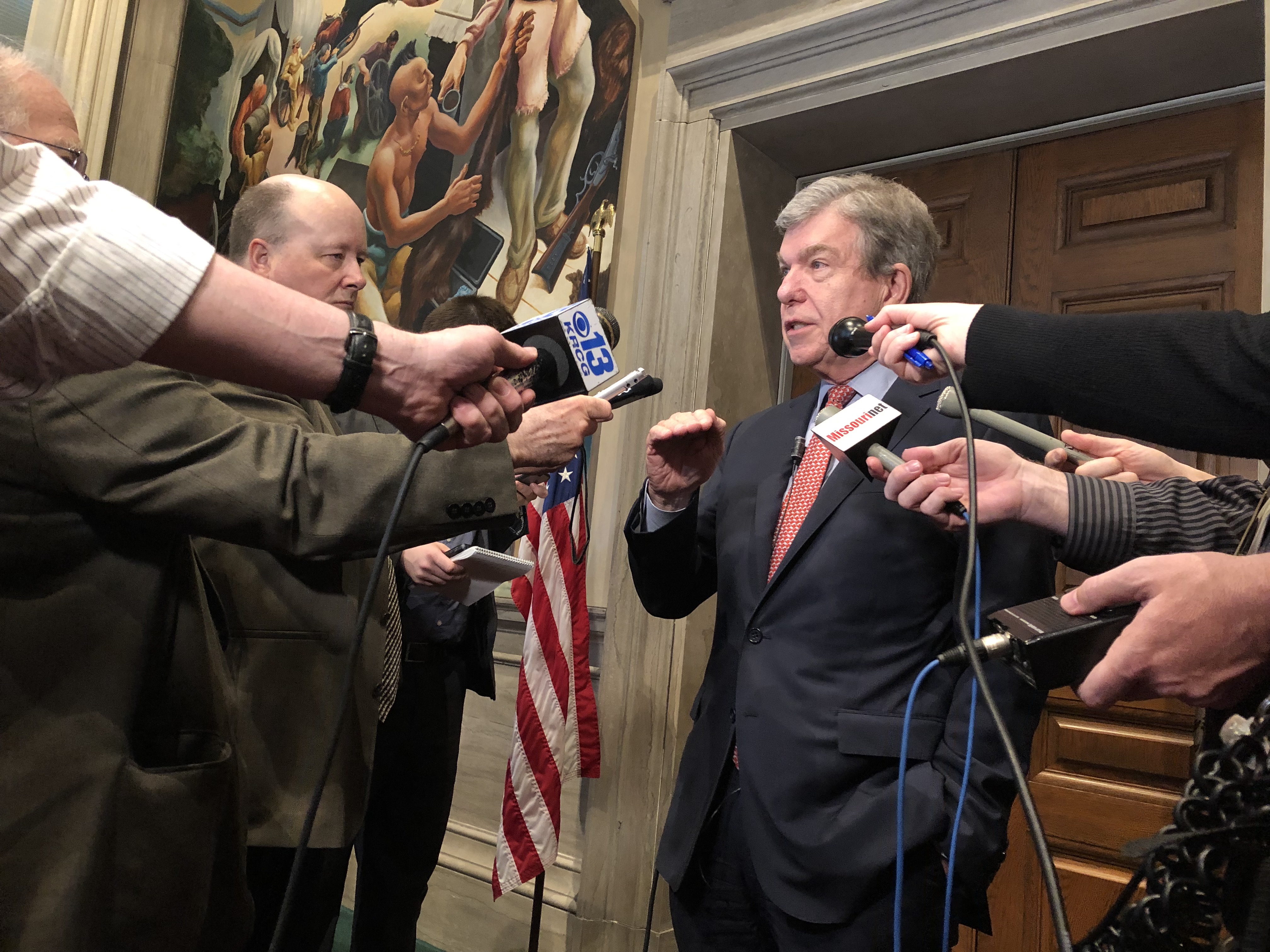 JEFFERSON CITY, Mo. — In his address to the Missouri House Wednesday, U.S. Sen. Roy Blunt focused on the economy and workforce development.

On Wednesday morning, the senior U.S. senator from Missouri spent a little more than 20 minutes going through issues Missourians and Americans face and the progress being made. He talked about flooding, broadband, and ongoing research with the current economy as well as the need for a skilled workforce taking center stage.

For 12 consecutive months, the number of jobs has exceeded the number of people looking for work. The economy is in a position where people are getting hired for positions without the necessary skills for that job and those coming out of prison have a greater chance of finding employment, Blunt said.

“In a growing economy, good things happen,” said Blunt. “This is an economy where, right now, people think there is a better chance they will get promoted then fired … we have to work hard to maintain that kind of optimism.”

The first in his family to go to college, Blunt said there has been too much focus on getting a four-year degree and not enough focus on trades and learning the skills needed in the workforce.

Part of that is also enabling people who move to the state in continuing to do the work he or she is qualified for. He pointed to recent changes in Missouri that allow military spouses with law licenses to practice in the state without restarting the process over again.

“I do not know why we would want to have any real obstacle to people with skills who want to move here,” said Blunt.

Part of Missouri’s economy, according to the Republican, lies in its geographic advantage, increasing the importance of good transportation infrastructure.

Blunt also touched on advances being made in science, Mid-Continent Steel’s exemption from the steel tariffs, and called for a statewide prescription drug monitoring programs. He also stressed the importance of access to high-speed broadband internet, noting: “Broadband is as important in the next decade as the telephone was 50 years ago.”

“Democracy is hard work. I am glad all of you are here to do it. We represent a big, diverse state with lots of views. The General Assembly brings those views together and tries to produce to results that serves everybody,” said Blunt.

Listen to his full address online.