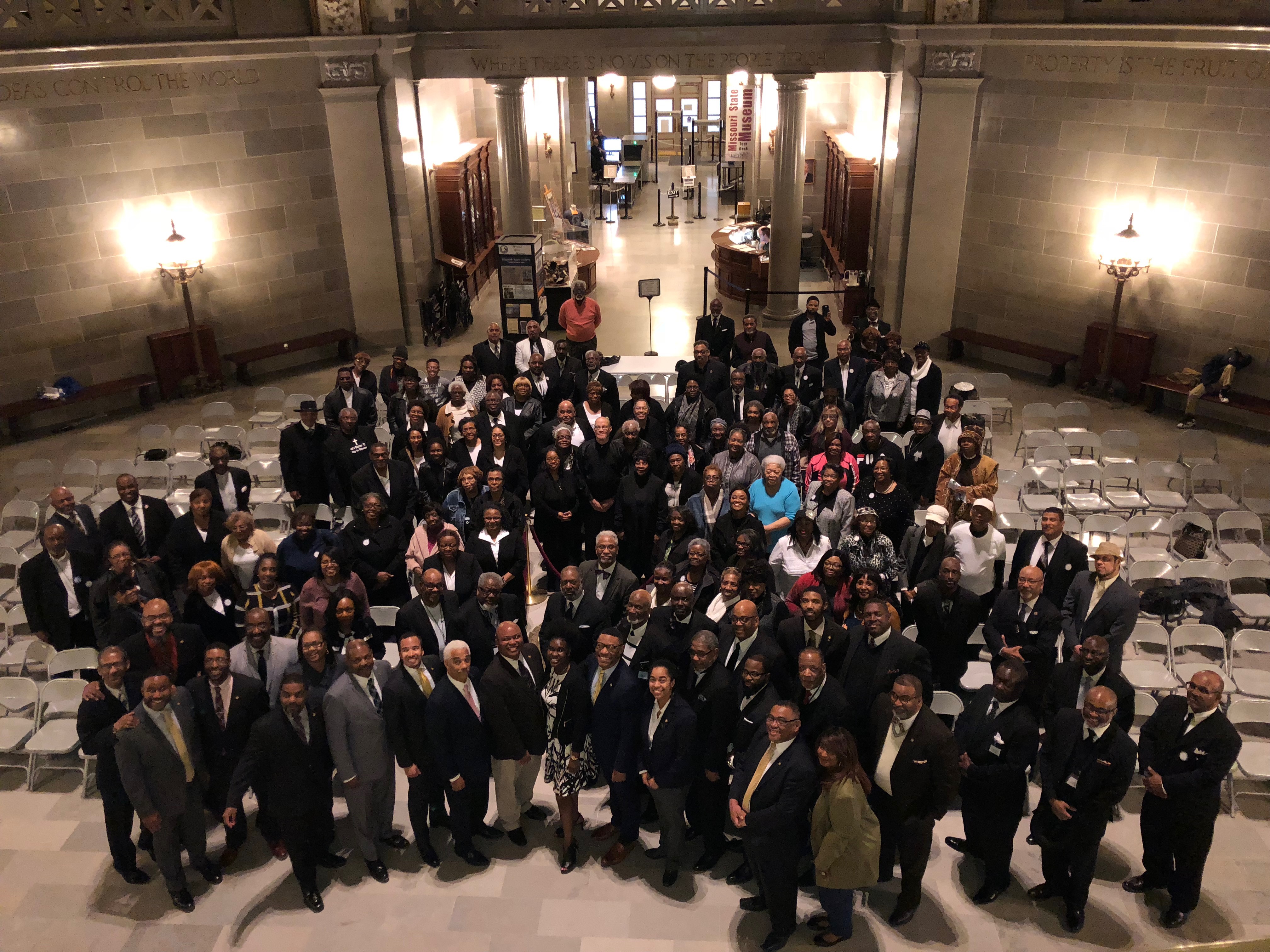 Put on by the Missionary State Baptist Convention of Missouri (MSBCM), the event featured clergy and lay leaders representing more than 500 churches and 250,000 members pushing for legislative change.

“Our churches will no longer stand on the political sidelines and wait until politicians decide to visit our churches around election time,” State President Rev. Linden Bowie said. “It’s way past time that we become more proactive, and work more aggressively, to influence legislation that would directly impact the welfare and wellbeing of our members.”

Legislative Black Caucus Chair Steven Roberts Jr. welcomed the MSBCM to the Capitol, noting the importance of the group bringing its issues to lawmakers as it puts faces on the legislation the organization is advocating for.

Missouri Supreme Court Judge George Draper promised the court will help the community and encouraged those gathered to keep up their efforts of engaging with local lawmakers.

“The legislation that comes out of here is indeed important. It is the word of the people spoken on the tablets that our community lives by,” Draper said.

“Legislation that emanates from here determines what the law will be going forward. Your actions here, speaking to your legislators, is indeed important,” Draper added. “If you don’t make your voice heard here, once the law comes to us to be interpreted, your perspective is not there. Your initiative in terms of bringing law forward is not present. We can look for justice in the law, but if there is justice in the legislation that comes out of this house, our job is that much easier.”

The bills the MSBCM advocated for were: HB 284, which modifies provisions dealing with absentee voting in St. Louis counties and cities; HB 731, which creates automatic voter registration and includes those who are eligible to vote upon release from incarceration, probation, or parole; and HB 666, which deals with bail reform.

The event ended with a call to action for the convention and its members to stay politically active and push for legislation that’s important for its community.