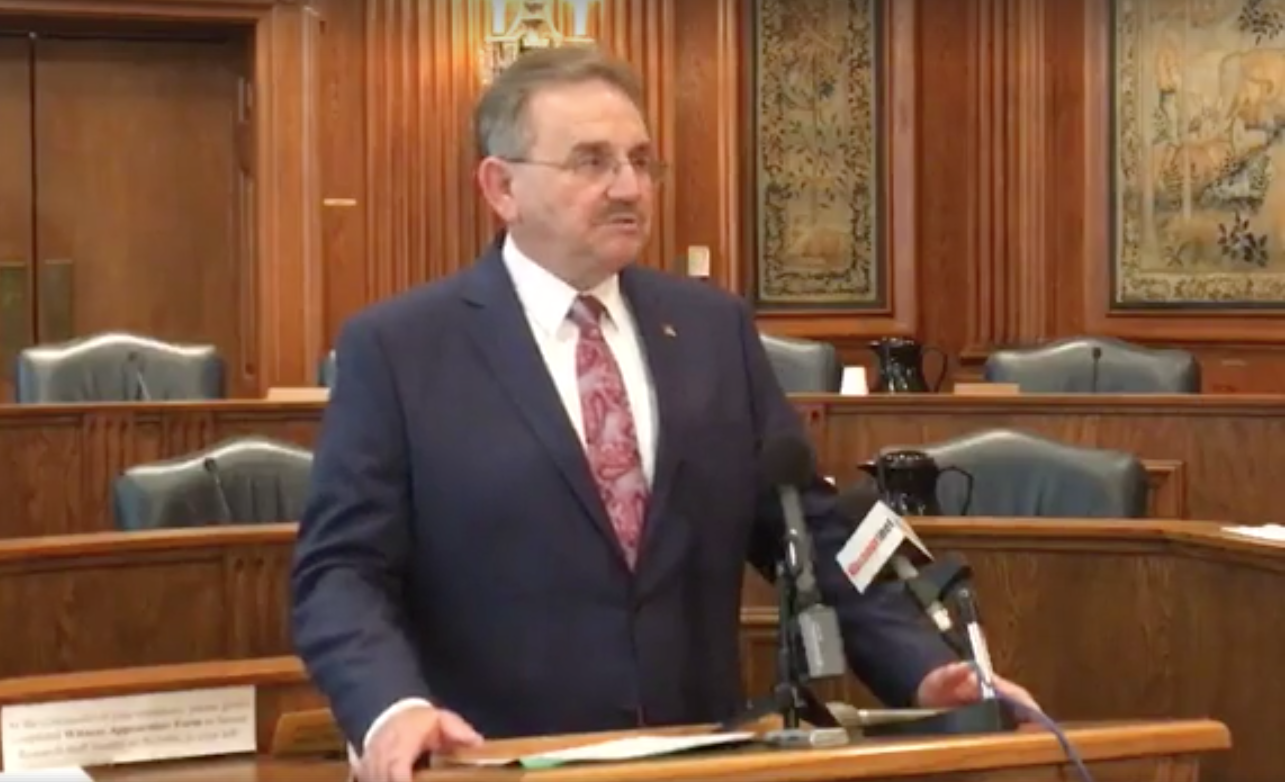 The First Regular Session of the 100th General Assembly of the State of Missouri began with a call from the governor to prioritize workforce development and infrastructure investment. Over the course of the past 10 weeks, the Missouri Senate has focused on these and many other issues including some that required lengthy debate and deliberation.

The Senate approved four of my legislative proposals. Senate Bill 21 will allow the City of Portageville to propose a 1/4 cent sales tax for the purposes of improving public safety.

Senate Bill 89 will allow the director of revenue to waive the written and skills test for military applicants who have been trained to operate a commercial vehicle while serving our country. This legislation will make it easier for military personnel to obtain a civilian CDL when they leave the military.

Senate Bill 20 extends the DNA Profiling Analysis Fund. Without this extension, it would create a funding shortfall of approximately $909,579 annually. The DNA Profiling Analysis Fund can only be used by the Highway Patrol crime lab to fulfill the purposes of the DNA profiling system. DNA profiling is a powerful tool used by our law enforcement officers to help solve crimes.

Senate Bill 90 will require all employers with 50 or more workers to report quarterly wage information to the Division of Employment Security in an electronic format. The director will still have the authority, if good cause is shown, to allow paper filing. This will allow the Division of Employment Security to process the information more accurately and in less time.

Senate Bills 21, 89, 20 and 90 have been sent to the Missouri House of Representatives for a committee hearing.

In addition to these legislative proposals, my colleagues and I continue to discuss practical solutions for funding of education across the state. One of the more contentious proposals is Senate Bill 160, a bill that would create the Missouri Empowerment Scholarship Accounts tax credit program. I do not support this proposal because it could cost the state up to $25 million in General Revenue. In addition, I believe if this legislation were to pass, it would be a detriment to public school resources. As legislators, we have a responsibility to provide the best public education investment possible.
When we return from spring break on March 25, I look forward to the debate on one of my top legislative priorities, Senate Bill 19.  This bill eliminates probation or parole for anyone found guilty in the first, second, third or fourth degree of assaulting a law enforcement officer, firefighter or emergency medical provider while performing their official duties.  Our emergency responders need to know that members of the Missouri General Assembly have their back. As chairman of the Senate Transportation and Public Safety Committee, I will keep this important issue at the forefront of theMissouri Legislature’s agenda during the remaining weeks of session.

Please visit your State Capitol and stop by our office in room 422, or call (573) 751-4843 with any questions, concerns or comments you may have. I am honored to serve the citizens of the 25th Senatorial District.

For more information, please visit my senate website at www.senate.mo.gov/libla.

You may listen to the Senate live debate at http://chamber.senate.mo.gov/SenateChamber.