Eagle Days event near Puxico is canceled, but eagles can still be viewed independently 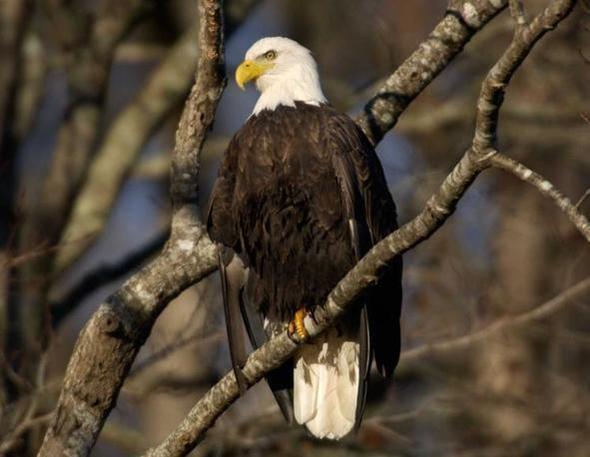 Bald eagles are starting to nest across southeast Missouri and can be seen along area waterways.

“It’s unfortunate that we had to cancel the event, but people may still drive onto these and other areas to view eagles on their own,” said Sara Bradshaw, a MDC education consultant and one of the Eagle Days organizers. “The eagles are active on the areas and viewable in several locations with the use of binoculars.”

Eagles are starting to nest across Southeast Missouri and can also be viewed at Ten Mile Pond CA or anywhere along the Mississippi River and other waterways. Bald eagles are usually seen near lakes, rivers, and marshes as they forage for fish or carrion. The bald eagle’s return to the lower 48 states is a continued conservation success story. Although historically about 20,000 pairs nested in the United States, by the 1950s only about 3,000 pairs were nesting. Today, over 10,000 pairs nest in the United States annually, including about 200 in Missouri, as of 2010.

Mature bald eagles have a dark brown body with white head and tail, which makes identification simple. The large, hooked bill, strong talons, and irises of the eyes are yellow. Females are larger than males, but otherwise the sexes look alike. In flight, bald eagles soar on rising warm air currents on flattened wings, not holding them V-shaped. Juveniles are all brown, with white speckles. Adult bald eagles can grow up to 36 inches in length with a wingspan of up to 84 inches.