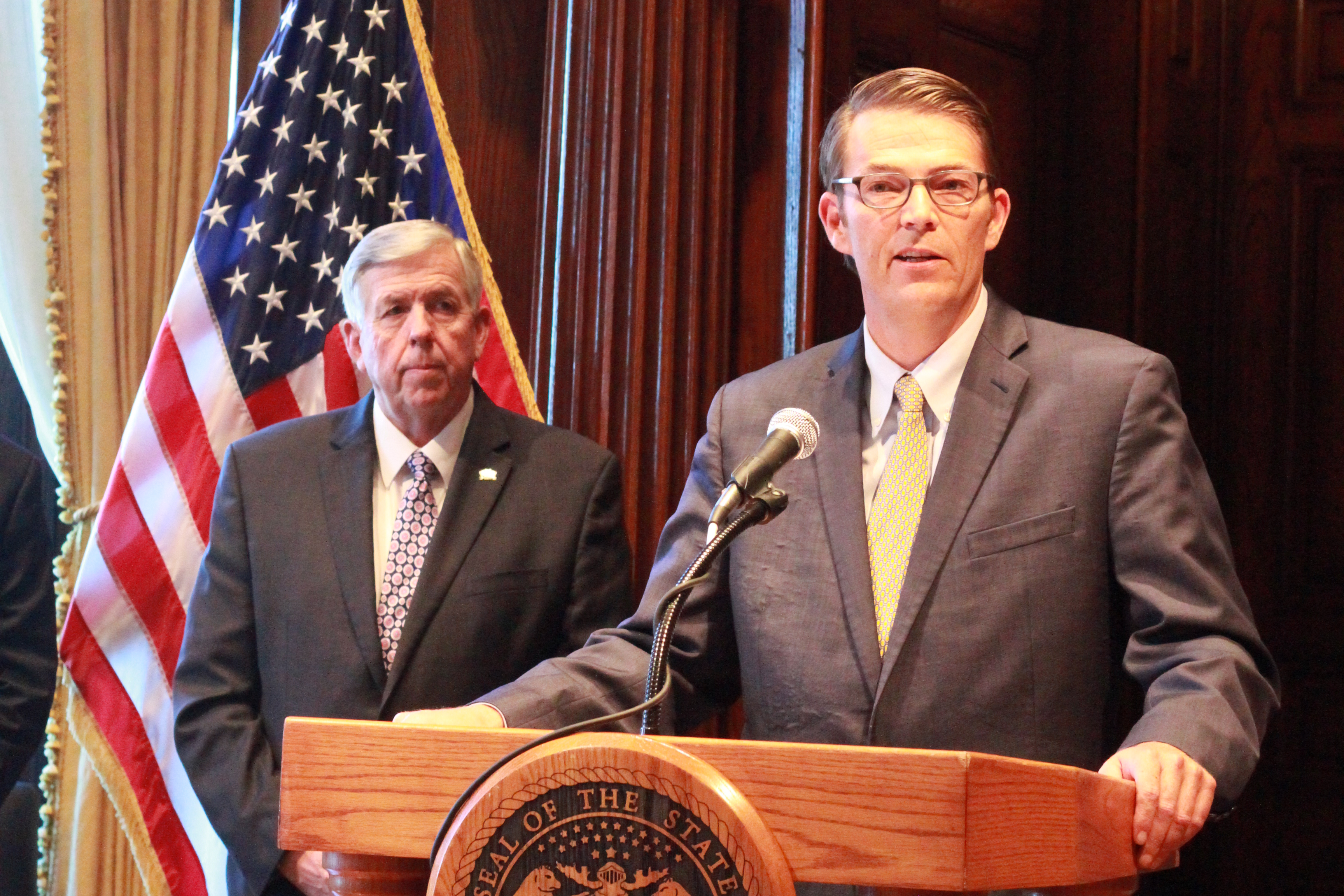 JEFFERSON CITY, Mo. — After a nearly two year search, the division that handles roughly one-third of Missouri’s budget will soon have a new leader at the helm: the current Speaker of the House.

On Monday, Gov. Mike Parson announced Rep. Todd Richardson as the director of MO HealthNet Division, which operates under the Missouri Department of Social Services. Dr. Steve Corsi, director of DSS, appointed Richardson to the position and Richardson will start on November 1, 2018, taking over from acting-director Jennifer Tidball.

“Putting Medicaid on a path of sustainability is a daunting task, as is driving quality healthcare at an affordable price for Missouri taxpayers,” said Corsi. “Under Speaker Richardson’s guidance, I am confident MO HealthNet will be transformed through modernization and innovation. He has a proven record of leadership, and his direction of MO HealthNet will serve Missouri well.”

The search for a permanent director of the program that handles Missouri’s Medicaid program began in early 2017 following the departure of Dr. Joe Parks on December 31, 2016.

As the head of the division that has more than 220 staff, services nearly 1 million Missourians monthly, and has a roughly $10 billion budget, Richardson will be paid $225,000 a year — more than department chiefs — and will be a full member of Parson’s cabinet. Parks earned $210,000 Parks during his tenure as director. Richardson was paid $38,400 per year as Speaker of the House.

“Missouri is incredibly fortunate that one of its most respected policymakers has chosen to continue his service to our state by tackling one of the most important challenges our state faces,” said Parson. “Speaker Richardson built his reputation during his time as a legislator on his personal integrity, strong management practices, and ability to bridge the partisan, ideological, and rural-urban divides to bring people together to solve our most difficult problems. From his time in the House, I know that Speaker Richardson will continue to listen to the concerns of Missouri citizens and help modernize and transform a program that will help our state.”

Rep. Kip Kendrick, Minority Whip and Ranking Minority Member of the House Budget Committee, said he respects Richardson for his integrity and willingness to work across party lines.

“As he becomes Missouri’s new director of MO HealthNet, I look forward to working with him in that same spirit of bipartisanship and dedication to improving access to healthcare for all Missourians,” said Kendrick.

Richardson, a practicing attorney in Poplar Bluff, Missouri, was first elected to the Missouri House in 2010. He served as the House Majority Floor Leader for the 99th General Assembly before being elected to his current position of Speaker of the House.

He has served as an adjunct instructor at Three Rivers College where he taught business law and national and state government classes. Richardson obtained his law degree from the University of Memphis in 2007, following his bachelors in political communication from the same school in 2004.