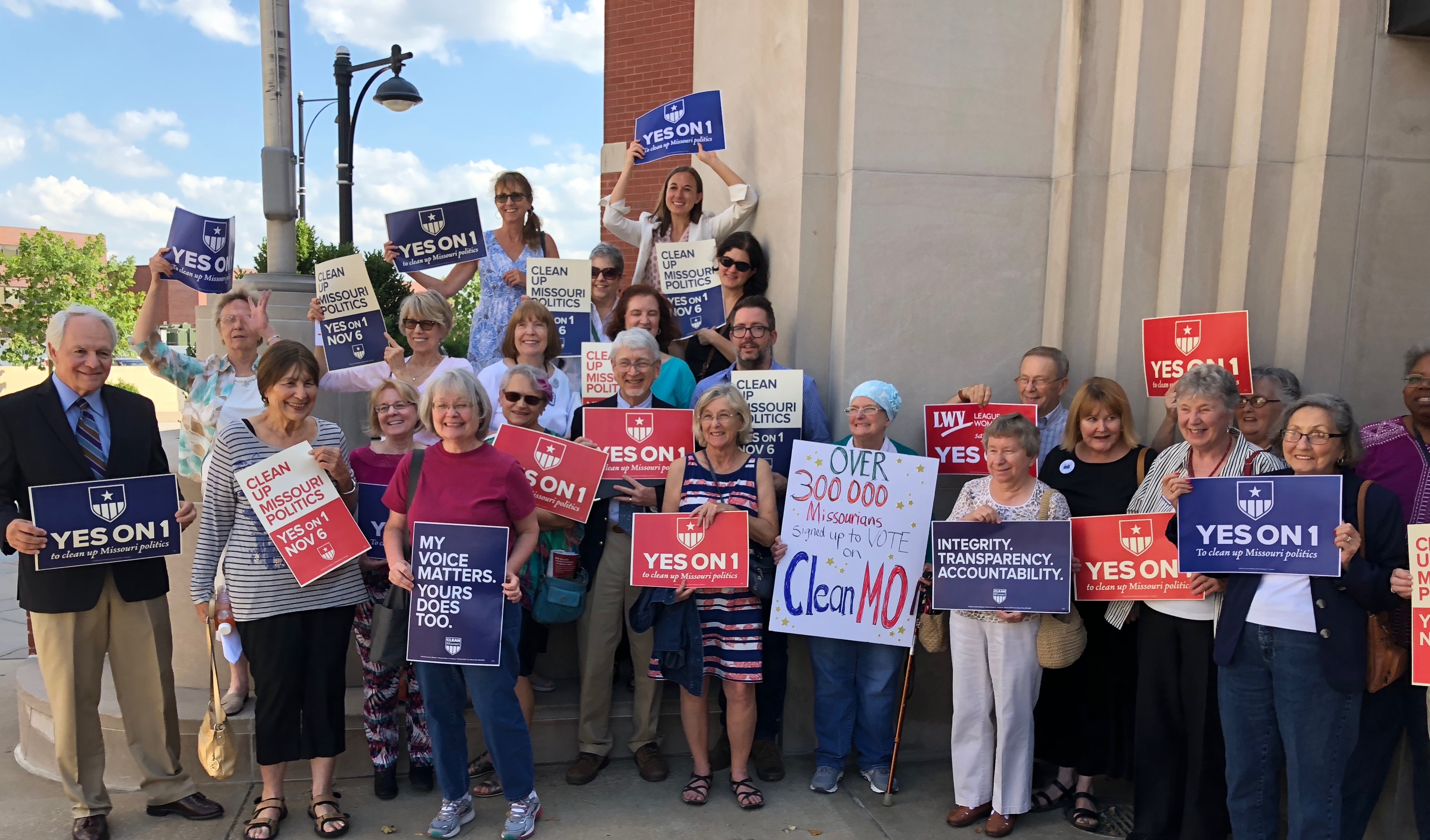 KANSAS CITY, Mo. — An appeals court has overturned a lower court’s ruling and sided with the backers of a sweeping ethics reform question, putting the measure back on the November ballot and in the hands of voters.

On Friday, the Missouri Court of Appeals- Western District determined that the Cole County Circuit Court erred when ordering Amendment 1, the initiative petition put forth by Clean Missouri, be removed from the ballot. The decision comes one week after the initial ruling by Judge Dan Green and one day after the case was argued in the appeals court.

Daniel Mehan, the head of Missouri Chamber of Commerce and Industry who filed one of the lawsuits against the amendment, said that they plan to ask the Missouri Supreme Court to consider the case and make a final decision.

“We are glad the judges saw through the frivolous arguments of the lobbyists who are terrified of letting Missourians vote on Amendment 1. Reformers across the political spectrum support cleaning up Missouri politics and will be voting yes this November,” said Benjamin Singer, communications director for Clean Missouri.

The measure is a proposed constitutional amendment that would impose gift limits for legislators, lower campaign contribution limits, change the length of time required before becoming lobbyists, and change the model for drawing districts.

Paul Ritter, a Republican voter, and Mehan filed the lawsuits — which were combined into one case — in August arguing that the ballot measure violated Missouri law on five counts including dealing with more than one subject, amending more than one article of the Missouri Constitution, and violating the First Amendment of the U.S. Constitution.

Green sided with Ritter and Mehan on two counts, determining that the provisions within the measure “are not properly connect” and “relate to at least two different and extremely broad purposes.” The question was ordered removed from the ballot.

But the appeals court has reversed that decision determining that the provisions within the measure are connected and only encompass one subject: the General Assembly.

“Construing the Initiative Petition “liberally and non-restrictively,” we conclude that the Petition’s multiple provisions all relate to a single central purpose: regulating the legislature to limit the influence of partisan or other special interests,” the appeals court decision states.

Following the appeal’s courts ruling, Megan said that it opens the door to future misuse of the initiative petition process by out-of-state activists trying to meddle with the most essential rules that govern our state.

“We are disappointed in today’s appeals court decision which makes it more likely Missouri voters will have to decide a deceptive, poorly-drafted amendment,” said Mehan. “If Amendment 1 does end up on the ballot, we will work alongside the growing coalition of opponents to educate Missouri voters about how this activist effort could lead to a radical shift in priorities in the Missouri General Assembly, bringing higher taxes and more bureaucratic regulation. We will ask Missourians to vote ‘no’ on Amendment 1 so that we can continue our progress toward making our state business-friendly and competitive for growth.”

Read the full decision below: