McCaskill to vote ‘no’ on SCOTUS nominee based on record 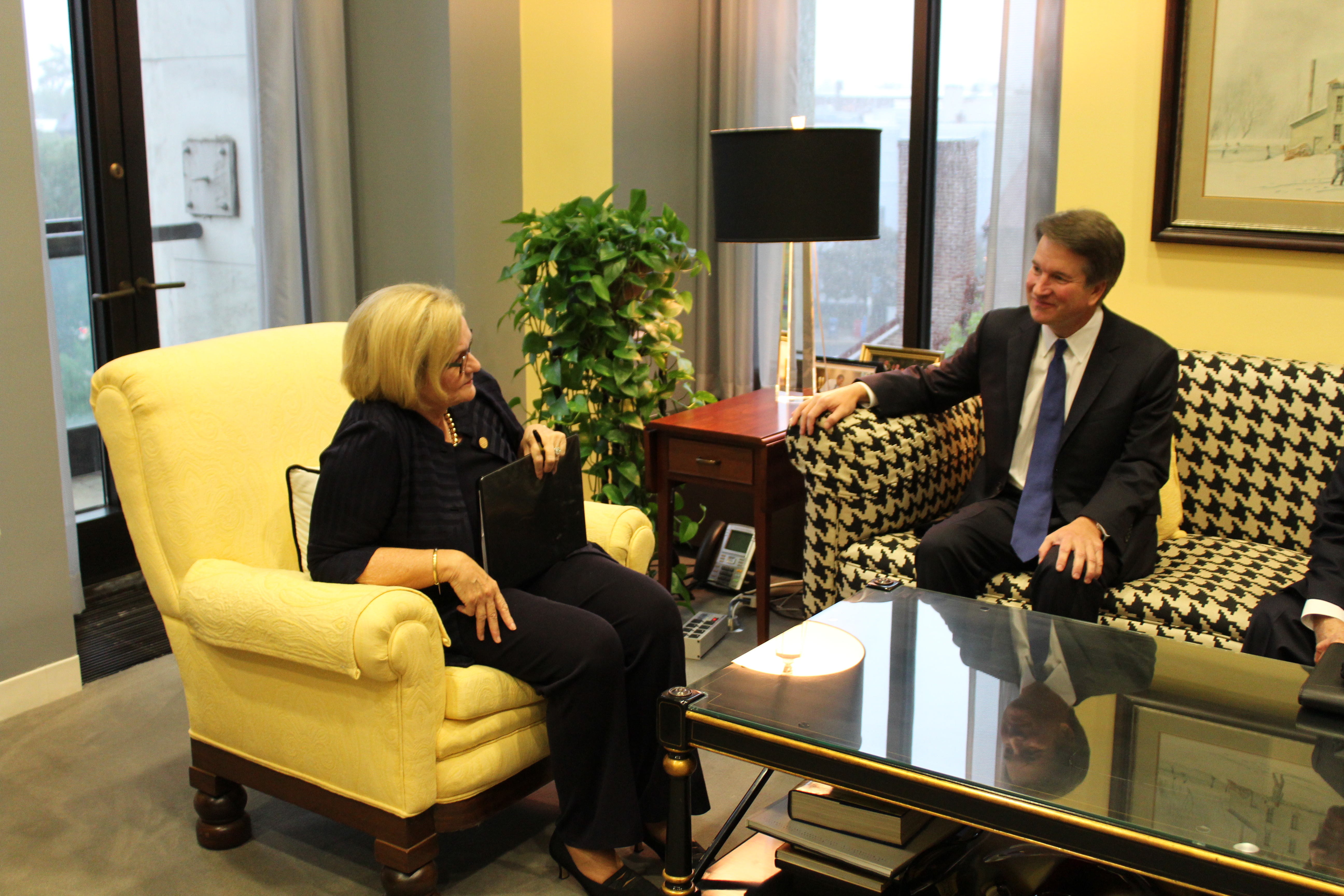 U.S. Sen. Claire McCaskill has announced that she plans to vote against confirming the nomination of Judge Brett Kavanaugh to the Supreme Court.

The Democratic Senator from Missouri said that her decision was based on Kavanaugh’s record and positions on key issues rather than the three-decade-old sexual assault allegation leveled by California college professor Christine Blasey Ford.

“While I am also uncomfortable about his view on Presidential power as it relates to the rule of law, and his position that corporations are people, it is his allegiance to the position that unlimited donations and dark anonymous money, from even foreign interests, should be allowed to swamp the voices of individuals that has been the determining factor in my decision to vote no on his nomination,” said McCaskill in a statement.

McCaskill’s decision is not unexpected, she has signaled for weeks that she had concerns about Kavanaugh’s decisions on a variety of issues. Most other Senate Democrats have already announced their opposition to his confirmation.

Josh Hawley, McCaskill’s Republican opponent in her bid for re-election, is a staunch supporter of Kavanaugh. He alleges that a “no” vote on the confirmation goes against McCaskill’s claims of being a moderate.

“She has sided with Chuck Schumer every single time – for liberals and against Missouri. Senator McCaskill has forgotten where she’s from and become just another Washington liberal,” Hawley said in a statement on Wednesday night.

He contended on a national radio show that Democrats were obstructing Kavanaugh’s nomination, and called for a swift vote. He also called the sexual assault allegation against Kavanaugh an “ambush” staged by Democrats.

McCaskill stated that her decision on Kavanaugh was not based on those allegations.

“While the recent allegations against him are troubling and deserve a thorough and fair examination by the Senate Judiciary Committee, my decision is not based on those allegations but rather on his positions on several key issues, most importantly the avalanche of dark, anonymous money that is crushing our democracy,” her statement said.

The committee vote on Kavanaugh has officially been postponed and it is unclear if they will hold a hearing on the allegations. Ford has said that she wants the FBI to investigate the matter before she testifies. Republican Senate leaders oppose any FBI involvement.