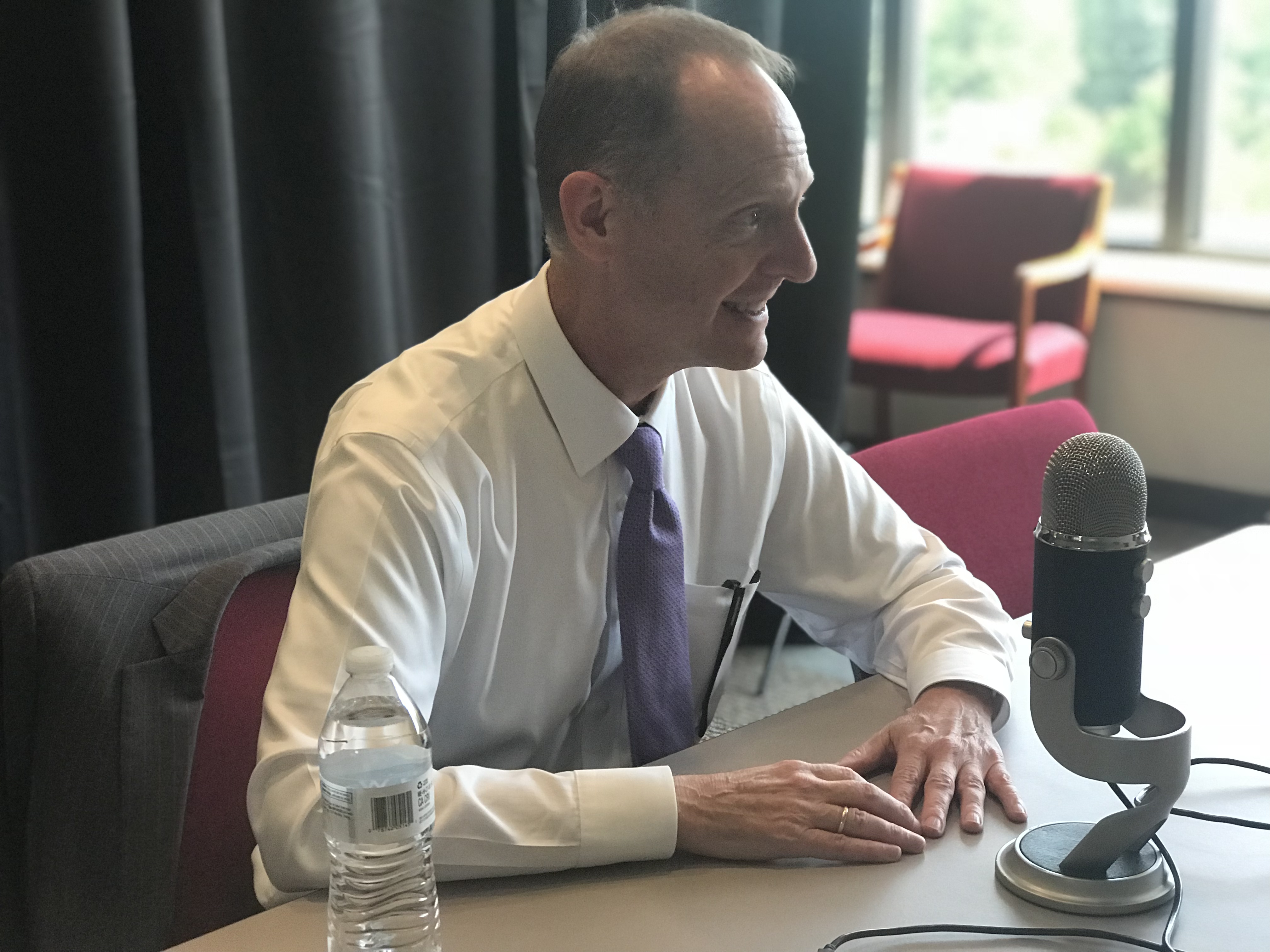 JEFFERSON CITY, Mo. – The issue of workforce development has been an major one for legislators and Gov. Mike Parson, playing a key role in the last special session.

But they’re not the only ones looking to improve workforce development and boost economies. While it’s a major facet of Parson’s vision for the state, it’s also one shared by governors across the nation.

In fact, it’s one of the top pushes for the National Governors Association.

This week, Scott Pattison, the Executive Director of the NGA, visited Parson and the Show-Me State, meeting with officials and business and education leaders across the state to discuss the issue of workforce development.

“The Governors have charged me with ensuring that I’m not only in state capitols and meeting with governors, but also out in the community and finding out what issues are important,” Pattison said, noting that he has visited every state capitol in the nation.

“Gov. Parson is our newest member, so it was really terrific to come out and meet with him.”

Over the course of the week, Pattison has visited St. Louis, Jefferson City, Columbia, and Kansas City, meeting with various groups, officials, and companies to discuss the NGA’s top priority: workforce development.

“Workforce is an issue in so many ways,” he said. “We’re talking about the fact that a lot of businesses feel that there are a lot of jobs available but they don’t have the right people, there a lot of concerns from a policy perspective; we have a lot of individuals who can probably get better-paying jobs if they have additional skills. So, if we can get that skills gap dealt with – it’s not just an issue in Missouri, but across the nation – we can really solve some of these issues and get some well-paying jobs to people.”

Pattison said that the industries of today are much more fluid due to technology and that a global presence is not out of reach for any company – or state.

“A lot of jobs may change in the next few years, and a lot of governors want to make sure that people are getting the skills they need for the jobs of tomorrow,” Pattison said.

He said he likes to talk to leaders to discover what is working and what challenges still need to be addressed.

“One thing I’m taking away from my trip to Missouri is that people are aware of the challenges, but they really want to focus on how to solve them,” he said. “I’ve told people that I feel really optimistic about Missouri because they’re so passionate on focusing on how to solve issues.”

Pattison met with Parson for the first time on Tuesday morning, which he said was a great experience.

“I was really impressed with him,” he said. He was very charming, and what was nice in the discussion was talking about the workforce, but also issues he is very focused on like, like infrastructure and government reform. There are always opportunities to update or improvements to be made, and there’s no reason that state government can’t adopt those changes, too.”

One thing that Pattison said has been a focus for governors is the rise of community colleges, which can offer skills and certifications without the four-year programs. He also said that dealing with challenges like opioid addiction is also a key to the equation, referencing states that have worked to welcome back those recovering from addictions and furthering their new paths after rehab.

“There’s a lot of exciting things going on in the workforce area,” he said.