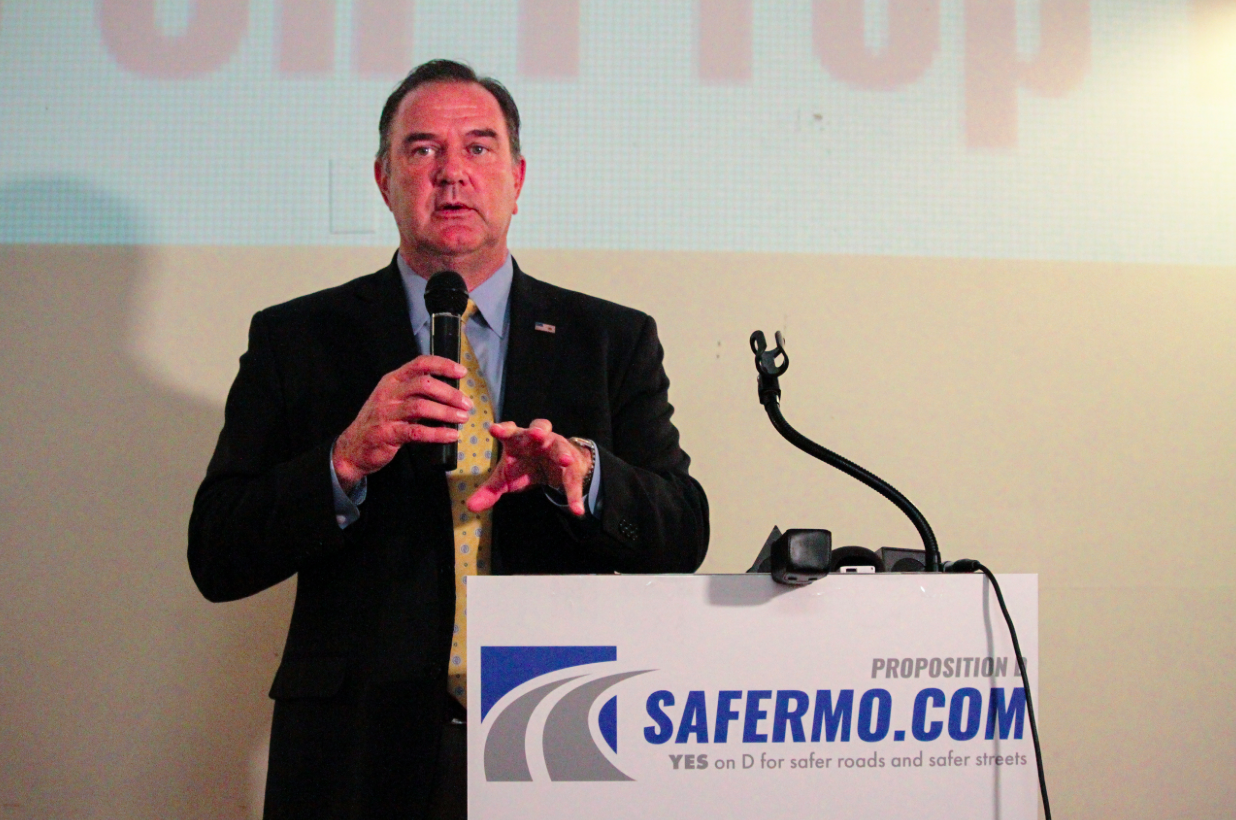 JEFFERSON CITY, Mo. — An incremental approach to increasing the fuel tax in Missouri along with bipartisan support from elected officials and the question being on the November ballot could just prove to be the winning combination this time around, according to Lt. Gov. Mike Kehoe.

Prop D is a referendum sent to the voters by the Missouri General Assembly. The ballot question seeks a 10 cent increase to the states’ motor fuel tax, the establishment of the Emergency State Freight Bottleneck Fund, and tax exemptions for Olympic prizes.

The main focus of the ballot measure is the fuel tax increase. If approved the tax would rise from 17 cents now to 27 cents in 2022, which would still be below the national average.

The last time Missourians approved a tax increase on fuel was in more than 20 years ago. A 2002 attempt to increase the fuel tax failed by a substantial margin, though it did include a general sales tax hike too.

Kehoe noted that the 17 cent gas tax is currently worth 7 cents in purchasing power, while costs of basic road and bridge materials have more than doubled in price over the last 22 years. Vehicles have also gotten more fuel efficient.

Missouri has responsibility for the nation’s seventh-largest state highway system and the sixth-largest state bridge system – larger than those systems of any of our neighboring states. Yet, the state has the 49th lowest state motor fuels user tax and ranks 46th nationally in revenue available per mile. The proposed increase would put Missouri in the middle of the pack.

“Roughly about 1,400 miles of interstate system, about 2,100 miles of state-owned system, and about 8,100 miles of what we call ‘farm-to-market’ roads in addition to over 500 bridges that would be able to be repaired and supplemented through Proposition D in our 5-year plan,” said Kehoe.

Supporters say the tax will generate at least $123 million each year for road construction and maintenance. MoDOT reports it would also generate $288 million for law enforcement.

“Realtors don’t just sell houses or commercial buildings or land, we sell communities,” said Sebree. “A huge part of a community is our roads, our bridges, and all the infrastructure that means so much to us.”

On the same token, there are those against Prop D for a variety of reasons. Rep. Mike Moon had taken the referendum to court because he felt it was placed on the ballot unconstitutionally and Rep. Rocky Miller spoke against the measure on the House floor in May calling it the “wrong” way to do it.