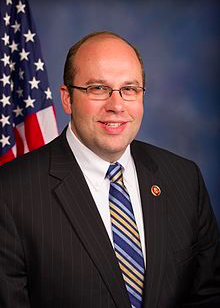 Seventy-three years ago this week, Americans were eagerly waiting for the end of World War Two. It was a painful war for Missourians, especially those who fought on all fronts and at all levels of the military to secure an Allied victory. Our greatest generation answered the call to serve our country when she needed them most – and unfortunately some of our heroes are still waiting today for their proper recognition.

In the darkest hours of the 1940s, Missourians banded together to win the war. Every family felt the weight of the great war as they waited for word about their loved ones serving overseas. Back home, Missourians bought over $3 billion in war bonds, rationed goods, and grew victory gardens to supplement the military’s needs. 450,000 Missourians joined the Armed Forces, many of whom would ship off from home to never return to the heartland again. Missouri native General Omar Bradley commanded the largest field army in American history and led the D-Day invasion of Normandy, and a year later Missouri native President Truman secured the Japanese surrender in Tokyo Bay.

When President Truman announced the Japanese would surrender on September 2nd on the “Mighty Mo,” the USS Missouri battleship, Americans everywhere rejoiced and celebrated as the long war finally came to a close. Our soldiers were eager to return home to civilian life, and in the haste to bring our boys home, some soldiers never received their proper medals and recognition. This week I had the privilege to right that wrong and award two of Missouri’s heroes their long-lost military commendations.

One of Missouri’s heroes, George ‘Bud’ Hartwell, was born in Hayti, Missouri in 1918 and joined the United States Army in 1942 as an airplane and engine mechanic and technical instructor. When he was discharged from the Army in December 1945 he held the rank of Corporal, but never received a proper medal ceremony. I had the honor of presenting Mr. Hartwell the WWII Victory Medal and the Honorable Service Lapel Button at the American Legion Hall in New Madrid, just weeks before his 100th birthday.

Cloyd Cook, born in Aquila, Missouri, answered the call to serve and joined the United States Army after the Japanese attack on Pearl Harbor. As a member of the 94th Infantry he served in eight countries under General Patton. After the Allied forces won the war he was discharged home in 1945, also without receiving his rightfully earned honors. This week I presented Mr. Cook the American Campaign Medal, the European-African-Middle Eastern Campaign Medal with 4 bronze service stars, the World War II Victory Medal, and the Honorable Service Lapel Button at the VFW in Poplar Bluff.

Mr. Hartwell and Mr. Cook’s brave service to our nation – motivated not by awards but by selfless love for country – reminds me that we could all do more every day to support our men and women in uniform. Returning home is never simple or easy for our soldiers, and they deserve our utmost respect, support, and recognition as they adjust to life on American soil again. If you know of any veteran or their family who could use help – whether it’s dealing with the VA or tracking down records and medals, please contact my office. It breaks my heart to see brave patriotism and service go unrecognized, and it is my honor to remind our veterans that the American people appreciate and remember all of their sacrifices and service.