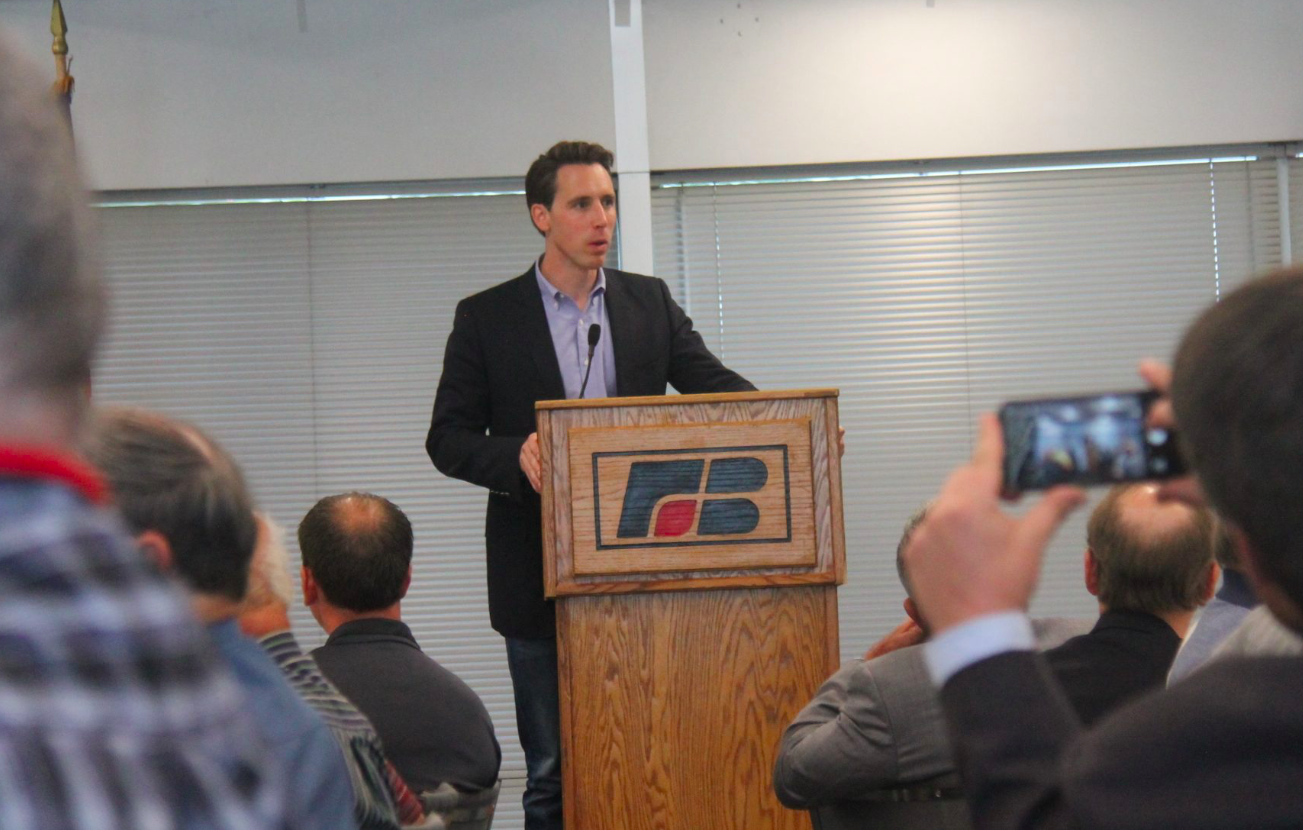 State fairs and politics have gone hand-in-hand for decades. The Missouri State Fair is no exception, bringing elected officials, hopeful candidates, political staffers and eager volunteers to Sedalia in droves hoping to connect with interested voters and take a few pictures for the campaign trail.

Missouri is once again a flashpoint in this year’s Congressional midterm elections. Since World War II, a new President’s party has lost an average of 25.6 House seats and 2.5 Senate seats in his first midterm election. Republicans hold a 43-vote majority in the House (with six vacant seats) and a slim two-vote edge in the Senate. Early predictions show Republicans with a nearly 75 percent chance of losing control of the House, placing enormous pressure on their counterparts in the Senate to hold on to their tiny advantage.

Senate Republicans are defending only nine of the 35 seats up for election this year, only one of which lies in a state that voted for Hillary Clinton. This tilted playing field could become a nearly impenetrable wall if Republicans could pick off a Democrat-held seat, making these opportunities exceptionally valuable to Republican-allied groups. Missouri’s incumbent Democrat Senator Claire McCaskill is consistently rated as one of the top possible Republican pickoffs, bringing intense national attention to the Show-Me State.

With all this political buzz in Missouri simmering on the fairgrounds, Missouri Farm Bureau asked fairgoers to register their opinions in a straw poll. The 2,655 votes registered over the 11-day fair in mid-August picked Republican Attorney General Josh Hawley over Senator McCaskill, 72.8% to 27.2%.

This eye-popping 45.6-point margin showed stunningly strong support for Hawley. While many may attribute this margin to a more rural-leaning crowd at the fair, McCaskill has previously performed quite well in rural areas. In her last re-election in 2012, McCaskill actually won the areas outside Kansas City and St. Louis by about a 47% to 45% margin. Even her worst result out of Missouri’s 114 counties in 2012, Barton County, gave her 31% of the vote. No matter where 2018 straw poll voters came from, McCaskill’s performance may indicate a severe drop in support over the past six years that could be hard to overcome.

This sentiment did not come as a surprise to many farmers, however. Foreshadowing the straw poll’s lopsided margin, Missouri Farm Bureau members voted to endorse Hawley with a 93% vote at their August 10 endorsement session.

Straw poll voters also voted Yes on Proposition D by a 17-point margin, 58.7% to 41.3%, supporting increased funding for public safety and road and bridge construction and maintenance. Missouri Farm Bureau supports passage of this measure to bring our rural roads up to par.

Many things can change in the next two and a half months, and straw polls are not scientific. But the Missouri Farm Bureau straw poll has been very accurate since its debut in 1980. One thing is for sure – we will all hear about Missouri’s Senate race loud and clear between now and Election Day.