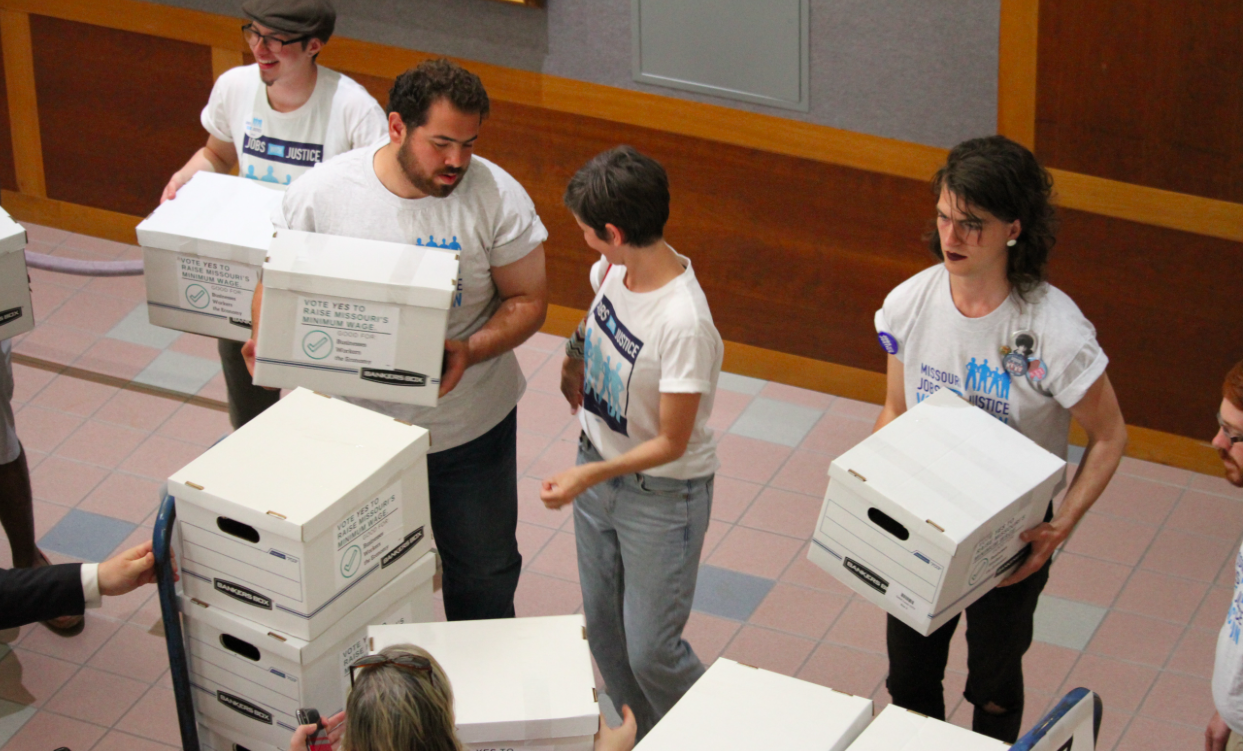 JEFFERSON CITY, Mo. — A new poll shows Missourians are in favor of three topics expected to be seen on the November ballot. More than half of those surveyed were is favor of legalizing medical marijuana, increasing the minimum wage, and overhauling the ethics laws.

A survey conducted by TJP Strategies on behalf of Missouri Scout from August 8-9 polled 1,785 voters, revealing that three months before the general election the majority of Missourians are in favor of the initiative petitions.

While there could be up to three questions regarding medical marijuana on the November ballot — two constitutional changes and one statutory — the poll asked if the Missouri Constitution be amended to allow the use of marijuana for medical purposes without going into specifics. Fifty-four percent of respondents were in favor, 35 percent were opposed, and 11 percent were undecided.

Medical marijuana polled better with Democrats than Republicans — 68 percent and 41 percent, respectively. Females were one point more likely to vote for the measure and four points more likely to be undecided, while males gave 6 percent more of their vote against the measure. From an ideology standpoint, 40 percent of conservatives, 65 percent of moderates, and 69 percent of liberals in favor.

When asked if the state’s minimum wage should be increased to $12 per hour in 2023 in 85 cent increments, 60 percent of respondents said yes, 28 percent said no, and 12 percent were undecided.

The minimum wage increase had strong support from Democrats with 81 percent in favor. The poll showed Republicans split on the issue, 44 percent in favor to 42 percent opposed. Those with liberal and moderate ideologies leaned in favor of the change revealing 79 percent and 71 percent, respectively, in support. On the other hand conservatives were split on the matter, with only one point separating proponents from opponents.

The question with the largest portion, 21 percent, of undecided voters was about overhauling the states ethics laws. When asked if the Missouri Constitution be amended to change the redistricting process, change campaign contribution limits, and establish a gift limit, 61 percent said yes and 18 percent said no.

One of the largest demographics of undecided voters were female with 24 percent. Though females in favor of the measure had a 40 point advantage over those opposed. Among male voters, the gap was even larger with a 64 percent to 19 percent yes-no spread.

From a geographical standpoint, the poll has Columbia, Kansas City, Springfield, and St. Louis largely in favor of the amendment. While 51 percent in the Cape Girardeau region did indicate support, 25 percent were opposed and 24 percent were undecided.

While the signatures for the initiative petitions have been verified, none of the measures have been officially certified for the ballot — the Secretary of State has until August 28. Clean Missouri, the question dealing with ethics overhaul has been challenged in court along with two of the three medical marijuana measures.