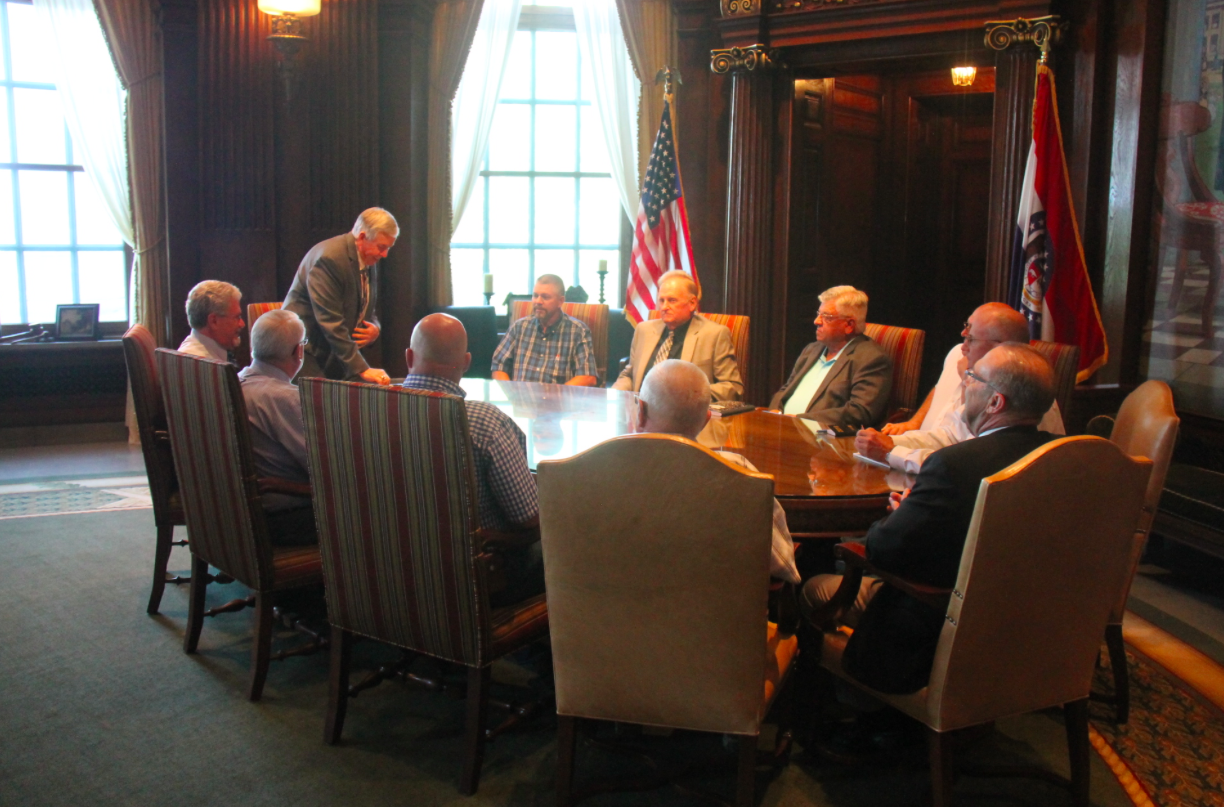 JEFFERSON CITY, Mo. – Missouri Governor Mike Parson is continuing his listening tour after roughly one month in office, and the latest round of meetings is focused on rural issues.

Parson on Monday announced that he would be meeting with commissioners from a number of rural counties to discuss the issues that matter most to their constituents, and what the executive office might be able to do to aid them in their endeavors.

Speaking to reporters before the scheduled meeting, Parson said that after having met with leaders from some of the urban areas of the state, he felt it was important to also do the same with rural leaders, to “discuss some of the issues they were facing and to see how it is we might help them, if we can help them, and how we might best work together.”

“Coming from rural Missouri, I want them to know that it’s just as important for them to be here in the Governor’s Office as anybody else, and I care about the issues they’re facing back home and the people they represent,” Parson said. “We want to make sure they have a voice here, and that’s what today is all about, to give them that opportunity. Rural Missouri is important to me, and I want to make sure I hear their concerns.”

Parson also took questions from the press, with the first concerning the issue of transportation and funding.

Gov. Mike Parson meets with commissioners from several rural counties to discuss the issues important to their constituents. (BENJAMIN PETERS/THE MISSOURI TIMES)
“Wherever you go, whether it’s rural Missouri or a small town, or small counties, infrastructure is a huge issue, and we’re all talking about that or talking about workforce development,” Parson said, telling reporters that he expected to be one of the major themes in the discussions.

The governor also addressed the situation regarding the budget, with many expressing concerns that a budget cut could endanger patients suffering from stroke, heart attack, or trauma after Parson had vetoed money to pay the staff members of the Time Critical Diagnosis program, or TCD, as it is called. The amount vetoed comes in roughly around $150,000 out of the state’s $28 billion budget.

“Due to the budget cut, there will no longer be staff to operate the TCD program,” the department’s email said. “We are sorry for any inconvenience this may have caused and truly appreciate your time and dedication to help improve stroke care in Missouri.”
Parson said that he didn’t believe the effects would be as bad as some believe, while Department of Health and Senior Services Director Randall Williams has been assuring stakeholders that the program wasn’t in jeopardy.

“I don’t think there is going to be any change in the services provided by that budget committee with the withheld that we did,” Parson said. “I think a lot of people are saying a lot of things right now without seeing what the real outcome is going to be.”

When asked if he would be actively campaigning for the right-to-work proposition on the August ballot, Parson said they supported right-to-work and would be “out there on the campaign” supporting that issue.

As for the U.S. Senate race, Parson confirmed that he has had communications with GOP candidates on the trail, saying that Senate seat is a big deal for the Show-Me State.

“Right now, all indications are we’re looking at how we’re going into that general election and having a game plan for that,” he said. “I will be very active in that Senate race, and once the primary is over, I will be very involved in that issue, because it’s huge for the state, and I believe it will be huge for the country.”