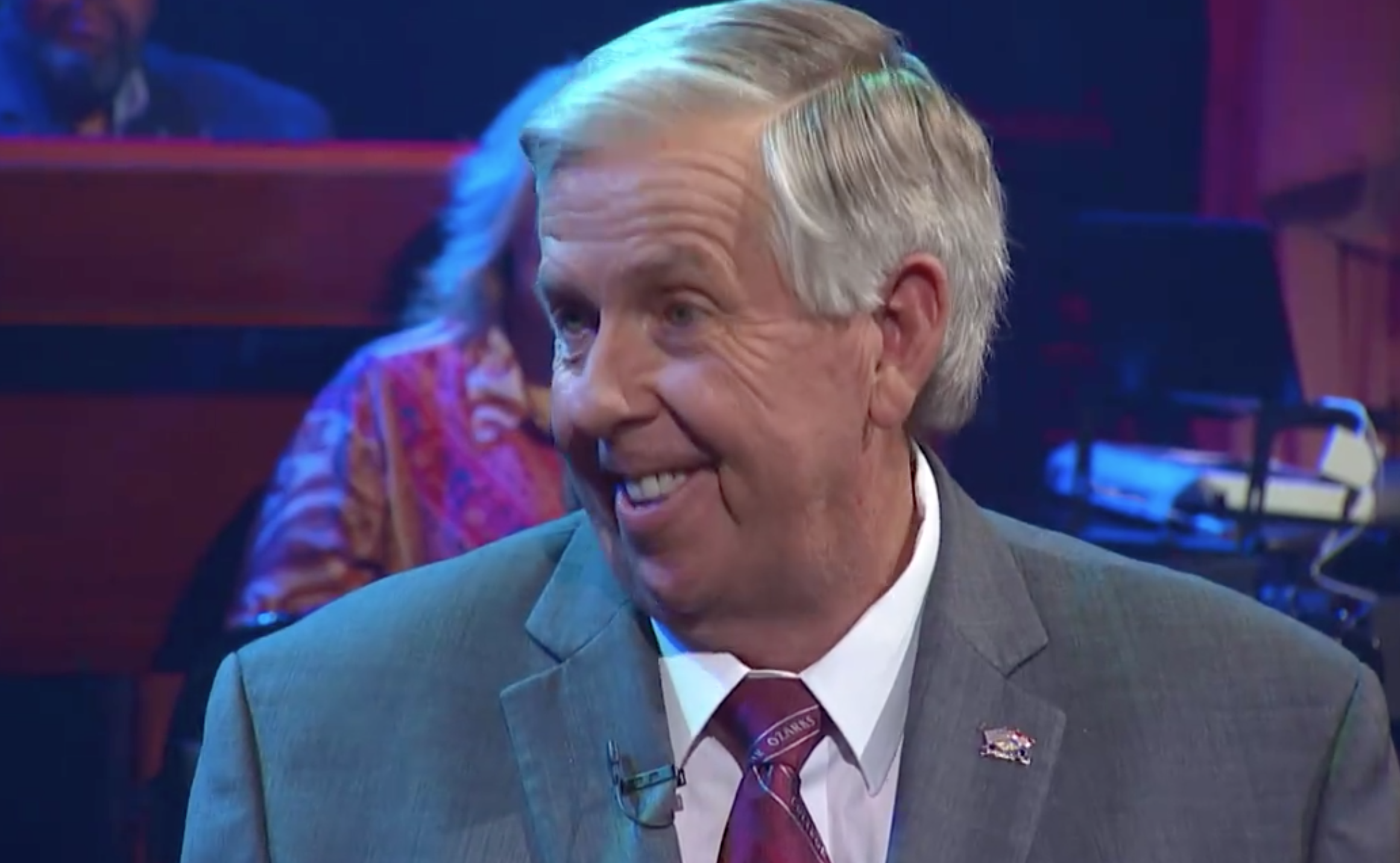 BRANSON, Mo. — Infrastructure and workforce development are two of the top priorities in Missouri, Gov. Mike Parson said on the Huckabee Show.

Mike Huckabee, former Arkansas Governor, presidential candidate, and longtime popular political commentator, brought his television show to Branson, Missouri, where Parson joined him to talk transition to governor, the role of faith in life, and priorities for Missouri.

Two of the top priorities in Missouri is infrastructure and workforce development, according to Parson.

“We all have to do a better job, as leadership, of making sure that our young men and women have the opportunity to be good stewards, into the workforce and everything,” said Parson.

“It’s so important to preserve that American dream for the next generation.”

Parson was sworn in as the 57th Governor of Missouri on June 8, 2018, following the resignation of Eric Greitens. He had “no idea” he was going to get the phone call.

“I was actually on the farm moving cattle, the day that call came in,” said Parson. His wife was in Springfield.

Governor is just the latest “hat” Parson has worn. He started out pumping gas and fixing tires, served in the military, worked as sheriff, was elected to the Missouri General Assembly, and, up until a month ago, was the lieutenant governor.

“Of all the titles I’ve had, there is none more important than being a Christian,” said Parson.

“Everything my whole entire career has been based on has been faith and that guidance for every decision you make,” as governor Parson “want[s] to do a good job.”

“At the end of the day — you well know being a governor — it’s important you succeed because, for me, you represent over 6 million people here in the State of Missouri,” said Parson.