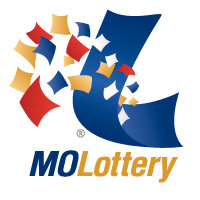 Mary Martini of Ste. Genevieve was feeling “good, but nervous” when she claimed a $93,000 Show Me Cash jackpot on June 7.
Martini purchased her Show Me Cash ticket at The Point, 799 Ste. Genevieve Drive, in Ste. Genevieve. Her ticket matched all five numbers drawn in the June 5 drawing. The numbers were: 2, 16, 22, 33 and 35.
“Show Me Cash” is a daily Draw Game with jackpots starting at $50,000 and grow until won. Martini’s winning ticket marks the 21st Show Me Cash jackpot won in 2018 and the 514th jackpot won since sales for the Draw Game began in 2008.
All current Missouri Lottery Draw Games tickets can be scanned on the Lottery’s mobile app or on Check-A-Ticket machines at retail to determine if a ticket is a winner. Current and historical winning numbers can also be found here.
About the Missouri Lottery (MOLottery.com)In 1984, more than 70 percent of Missouri voters approved a lottery. Currently, the Lottery is the sixth-largest source of state income. Since sales started in 1986, the Missouri Lottery has generated more than $6 billion for the state and public education, and annual Lottery proceeds make up approximately 4 percent of the state’s funding for public education. Lottery players have won more than $14 billion in prizes, and retailers have earned more than $1.35 billion in commissions. Each year, the Lottery generates more than $286 million for vital education programs, including A+ scholarships. When you play the Missouri Lottery, you Play It Forward!