Pardon does not allow felons to run for elected office, court rules 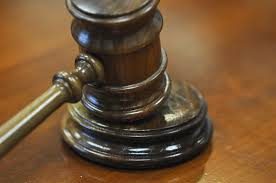 Even with a gubernatorial pardon, pleading guilty to a felony renders that person ineligible to run for elected office, according to a ruling handed down by a district appellate court.

The Missouri Court of Appeals for the Western District on Tuesday affirmed the judgement of the Linn County Circuit Court barring Joshua Fay from running for Associate Circuit Judge.

Fay, when he was 17-years-old, pled guilty to three felony offenses in February 1995: two counts of tampering in the first degree and one count of property damage in the first degree. In 2003, Fay was admitted to practice law in Missouri, after passing the bar examination and the Supreme Court’s character and fitness investigation.

Then-Governor Jay Nixon pardoned Fay in 2016 for all three felonies to which he pled guilty.

The Linn County Circuit County ruled that the pardon eliminates the convictions, not the guilty plea, thus Fay is ineligible to run for elected office. Fay appealed the decision.

There is no dispute that Fay meets the basic qualifications for an Associate Circuit Judge: he is over the age of twenty-five; is registered to vote in Linn County; and has been a member of the Missouri Bar in good standing since 2003.

Under debate is §115.306.1, which provides that “no person shall qualify as a candidate for elective public office in the state of Missouri who has been found guilty of or pled guilty to a felony under the federal laws of the United States of America or to a felony under the laws of this state or an offense committed in another state that would be considered a felony in this state.”

Fay argued that a gubernatorial pardon has the effect of eliminating any automatic disqualifications flowing from the commission of a pardoned offense.

The appeals court upheld the lower court’s opinion, ruling that Fay is not eligible to run for an elected office base on his guilty plea.

“…while the Governor’s pardon of Fay ‘obliterated’ the fact of his criminal conviction, it did not extinguish the fact that he pled guilty in 1995 to three felonies. Section 115.306.1 disqualifies any person who has ‘pled guilty’ to certain offenses from running for elective office,” states the appeals court. “Fay is a person who has ‘pled guilty’ to a relevant offense, despite the fact that he was later pardoned. He is therefore disqualified from running for elective office, as the circuit court correctly declared.”