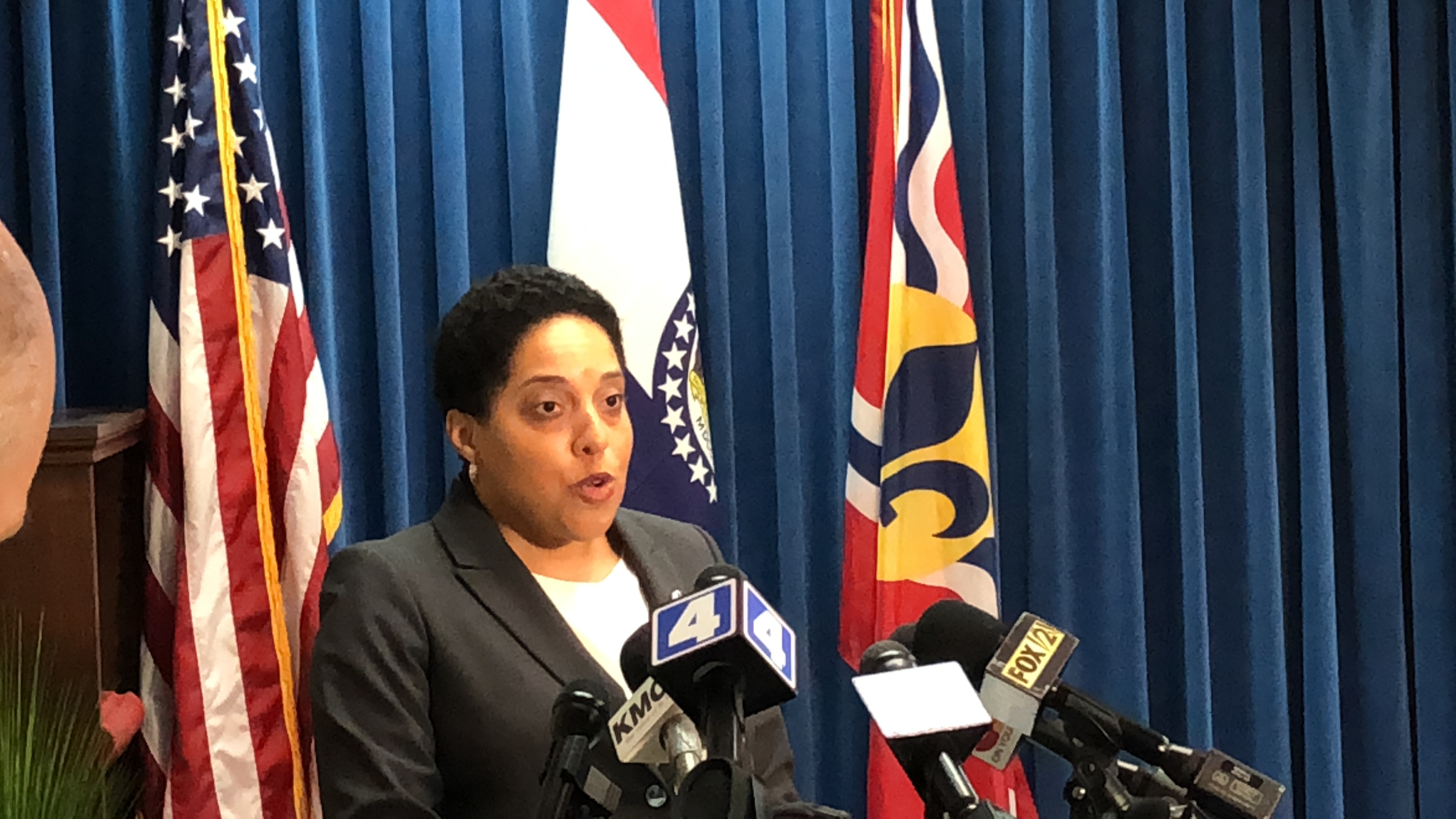 St. Louis Circuit Attorney Kim Gardner announced Wednesday she has reached an agreement to drop the pending felony computer tampering charge against Gov. Eric Greitens in exchange for his resignation.

The second-year governor on Tuesday announced from his office in Jefferson City that he would step down effective Friday, June 1.

In a press conference at Carnahan Courthouse, Gardner said lawyers for Greitens contacted her office over the weekend to discuss the deal.

“I remain confident that we have the evidence required to pursue charges against Mr Greitens, but sometimes pursuing charges is not the right or just thing to do for our city or our state,” Gardner said. “Just as I believe that Mr. Greitens’ decision to resign is best for our state, I have to consider the totality of the situation. After much conversation with Mr. Greitens’ defense attorneys and my team, we have come to an agreement on the felony computer tampering case. I believe the most fair and just way to resolve this situation is to dismiss the computer tampering case.”

Greitens has maintained his innocence over the last several months and did so again during his resignation speech. He has also called Gardner’s efforts to prosecute him for a witch hunt. Gardner defended her actions during the press conference.

“Contrary to Mr. Greitens’ statements, there was no witch hunt, no plans to bring pain to him or his family,” Gardner said. “The consequences Mr. Greitens has suffered he brought upon himself by his actions, his statements, his decisions, his ambition and pursuit for power. Many of Mr. Greitens’ former colleagues and friends cooperated with our prosecution, not because they were threatened or harassed, but because it was the right thing to do.”

In addition, Greitens’ lawyers have also accused Gardner’s office of continually mishandling the case and accused her of misconduct.

The agreement, which was signed by both the prosecution and defense in Circuit Judge Rex Burlison’s courtroom Wednesday, also has no bearing on the decisions of Jackson County prosecutor Jean Peters Baker, and does rule out potential additional charges related to Greitens’ conduct toward the woman with whom he had an affair, know as K.S.

“I cannot comment on what special prosecutor Jean Peters Baker would do with the felony invasion of privacy case,” Gardner said. “Ms. Baker has complete authority to do what she believes is the just thing to do upon her evaluation of the case.”

“In short, our investigation continues. In the interest of pursuing justice to its fullest lengths, we will continue until our work on the case is completed,” Baker said in a statement. “Specifically regarding any deals, we made with Governor Greitens’ attorneys, no deals were made by my office. Our review of this case, as I have stated before, will be pursued without fear or favor.”

Ryan, talking to reporters following Gardner’s press conference, would not comment on whether there was an ongoing federal investigation against Greitens.

Greitens was charged with felony computer tampering on April 20 but was never indicted. He was accused of taking a fundraising list from The Mission Continues — the charity he helped start — without the organization’s permission, and using that information to raise money for his 2016 gubernatorial campaign.

Though he has maintained his innocence throughout the last several months, Greitens suddenly announced he would resign, elevating current Lt. Gov. Mike Parson to the vacant seat.

The governor’s announcement came soon after a Cole County judge ruled that a politically-active nonprofit run by Greitens’ campaign staffers — A New Missouri — had to comply with a subpoena. That group has never had to disclose its donors.

Judge Jon Beetem issued a six-page ruling Tuesday morning ordering the two entities to produce the documents that had been requested by Rep. Jay Barnes and the House Special Investigative Committee on Oversight.

The announcement also came as members of the Missouri House were moving toward making Greitens the first Missouri governor ever to face an impeachment vote. Barnes had subpoenaed the governor to testify next week.

In a brief statement, Greitens cited mounting attorneys fees in his resignation speech. He also alluded to “forces” seeking to oust him.

“I cannot allow those forces to continue to cause pain and difficulty to the people that I love,” he said.