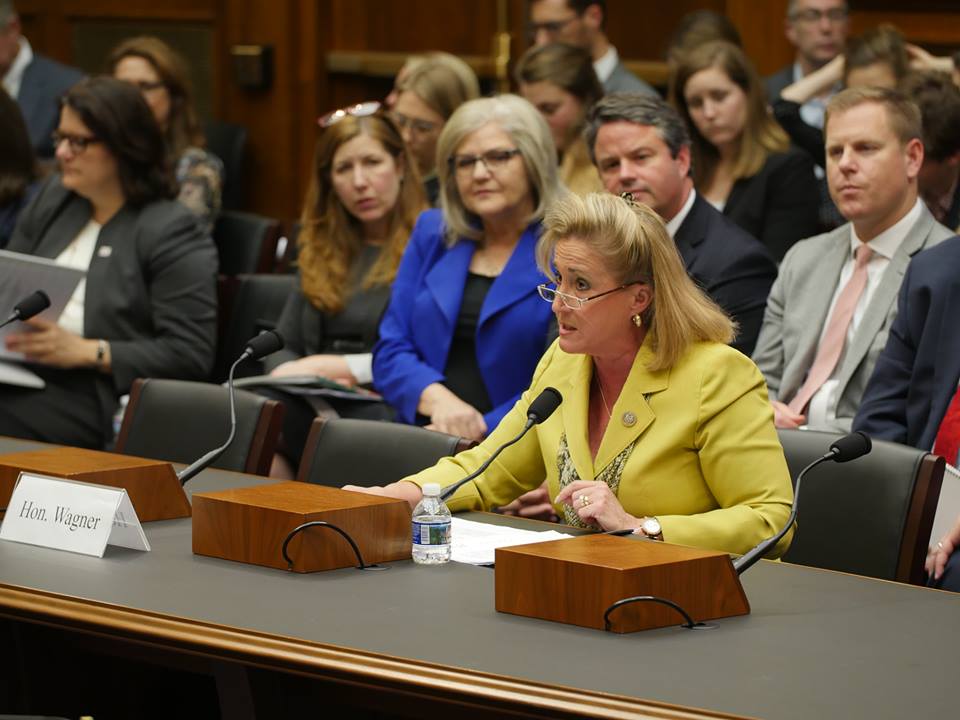 “This is a sad chapter in our history that should never have come to pass. Two months ago, after the disturbing allegations against the Governor came to light, I called for an immediate and transparent investigation,” Wagner said on Twitter. “The transcripts paint the picture of a vulnerable woman and a man who preyed on that vulnerability. I am disgusted, disheartened, and I believe Governor Greitens is unfit to lead our state.”

This comes on the heels of President Donald Trump on Wednesday signing Wagner’s anti-sex trafficking bill.

The measure, which passed the Senate overwhelmingly by a vote of 97-2 last month, passed the House in February by a vote of 388-25 and is backed by a broad coalition of anti-trafficking advocates, law enforcement organizations, civil rights groups, faith-based advocates, and industry leaders on both sides of the aisle.

In addition to Wagner’s statements, Missouri Rep. Vicky Hartzler called the findings disturbing but stopped short of stating that the governor should resign.

The report that was released by the House Special Investigate Committee on Oversight, details the alleged conduct by Greitens with a woman who testified under oath that Greitens subjected her to non-consensual sexual activity and violence.

The report detailed the victim’s testimony that Greitens slapped her and called her a whore during one particular encounter. The report also detailed instances of slapping, shoving, and grabbing. On more than one occasion the woman was reduced to tears.

The committee was on a fact-finding mission regarding Greitens’ affair with his St. Louis-based hairdresser and a tape made available to KMOV regarding an incident where he allegedly takes a picture of her without her consent and uses it to ensure her silence.

He has denied the blackmail, has not confirmed or denied a picture, and called the investigation a “witch hunt” into a consensual relationship.

Just an hour before the report was released Greitens pushback against the findings calling them “lies.”

The report, which focuses on the unnamed woman’s recounting of events, pulls into question just how consensual the relationship was and other claims that have been made in recent weeks. Greitens declined to testify and did not respond to any of the committee’s request for documents and sworn answers to written interrogatories.

The House Special Investigative Committee on Oversight was formed by Speaker Todd Richardson on February 27, 2018, following the grand jury indictment of Greitens on a felony invasion-of-privacy charge in St. Louis.