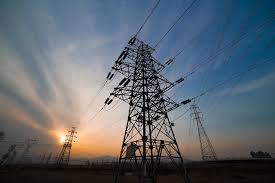 It is good to be a monopoly electric company. Ameren Missouri profits are high, its reliability statistics exceed those in neighboring states, and the Public Service Commission (PSC) has granted it several generous rate increases over the years with a 9.54% annual profit allowance. But apparently the utility does not think that is enough, as it is aggressively seeking bonus rate compensation through the state legislature. This anti-consumer measure would impose a new mechanism called Plant-In-Service-Accounting, something that no other state has ever adopted. Different versions of this corporate welfare legislation already passed out of both the House and Senate, and the debate continues.

According to an objective analysis by PSC staff, this legislation would result in a rate increase of up to 10.79%. However, the electric bills for residential households and small businesses would be even higher, due to a 2% annual rate cap for large industrial customers, and an open-ended economic development provision that would grant a 40% rate discount to certain large companies that ask for it.

So why in the world would state legislators vote to impose an unnecessary double-digit rate increase on their own constituents in an election year? The answer may be found in an unprecedented amount of political spending by those monopoly utilities that would benefit from the legislation. If you ran a utility, how much money would you spend on legislation that could provide your company with hundreds of millions of dollars in extra compensation? Ameren Missouri alone has 47 registered lobbyists and the regulated utilities that would benefit from the rate increase legislation have spent millions directly in campaign donations to state legislators. And this doesn’t even track the significant increase in utility advertising and large “charitable donations” to organizations that turn around and write letters in support of this legislation. Governor Greitens has already taken over $200,000 in donations from utilities, and that isn’t counting unreported money that may have been given to associated “dark money” organizations.

This runaway political spending will continue to undermine the interests of utility ratepayers, until more people start paying attention. Every citizen should ask their legislator: a) how did they vote on the electric rate increase legislation, and b) how much money has that legislator taken from utility companies, utility PACs, and utility executives.