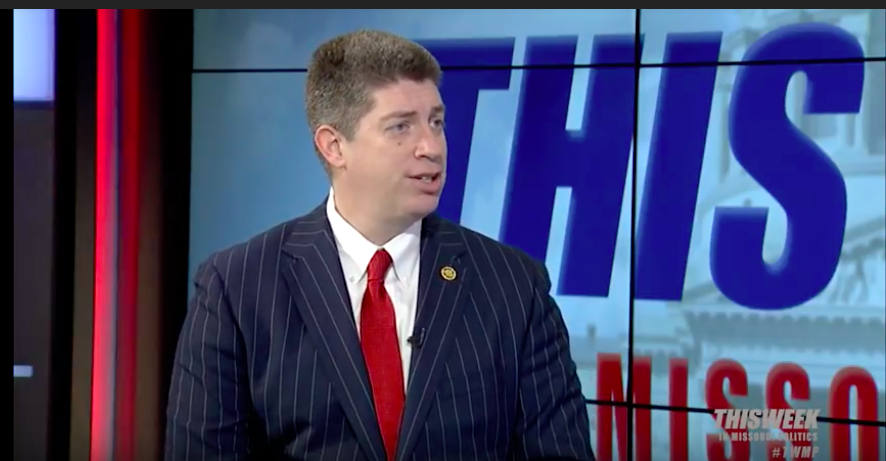 JEFFERSON CITY, Mo. – It seems that most members of the Missouri Senate were caught off guard as Sen. Bill Eigel’s tax reform package was perfected by the body. But perhaps no one was as surprised as Sen. Eigel when the body put forward almost no opposition.

“I’m obviously thrilled that the body perfected SB 617. We brought out a new substitute that included changes that are a reflection of really six months of effort,” Eigel said. “I think this is a fantastic day for Missouri, because we just perfected the largest tax cut in the history of the state while at the same time securing about $2.5 billion in infrastructure for the state of Missouri’s roads and bridges.”

For Eigel, the work on tax reform began in October. Now, in late March, the Senate gave perfection approval to the 400-plus page bill, the 22nd version of the language.

Eigel said that over the course of the past two weeks, he worked with his colleagues to try and find the right language that could meet the majority of the Senate’s wishes while putting together an all-encompassing package with changes to numerous levels and areas of the tax code.

“Folks were willing to tell us what changes they wanted to see in the bill, what would make them more comfortable,” Eigel said. “It appears that the body was very satisfied with that particular product.”

And to watch the process, it’s easy to understand why. The state’s upper chamber offered just two amendments to the bill, taking less than 30 minutes to perfect the legislation, a speed that surprised many. After being laid over during its first venture to the floor, many had assumed that the bill was almost guaranteed to lead to hours of debate for a second time.

To offset the loss in revenue due to those proposed cuts, it calls for the repealing of a tax deduction given to businesses for filing their taxes on time, ending the federal corporate deduction, and starting to collect sales taxes on Internet purchases.

As for the fuel tax, the bill now calls for a total increase of about eight cents and allows CPI adjustments to that until the year 2025, which should get the state to about a 10-cent fuel tax, up from the state’s current 17-cent motor fuel tax.

Sen. Dave Schatz told his colleagues on the floor that the higher fuel tax wouldn’t disadvantage Missouri, but would rather keep Missouri “at or below our neighboring states.”

The bill still would need to be third read and passed by the chamber, but Eigel says that he is optimistic that the work put forward already is a sign of the strength of the coalition of legislators.

“We’ve taken that opportunity, and I think the whole state is going to benefit from it,” Eigel said. “I’m optimistic that this will move toward a third read and final vote in the next week or so.”

This story originally appeared on The Missouri Times.