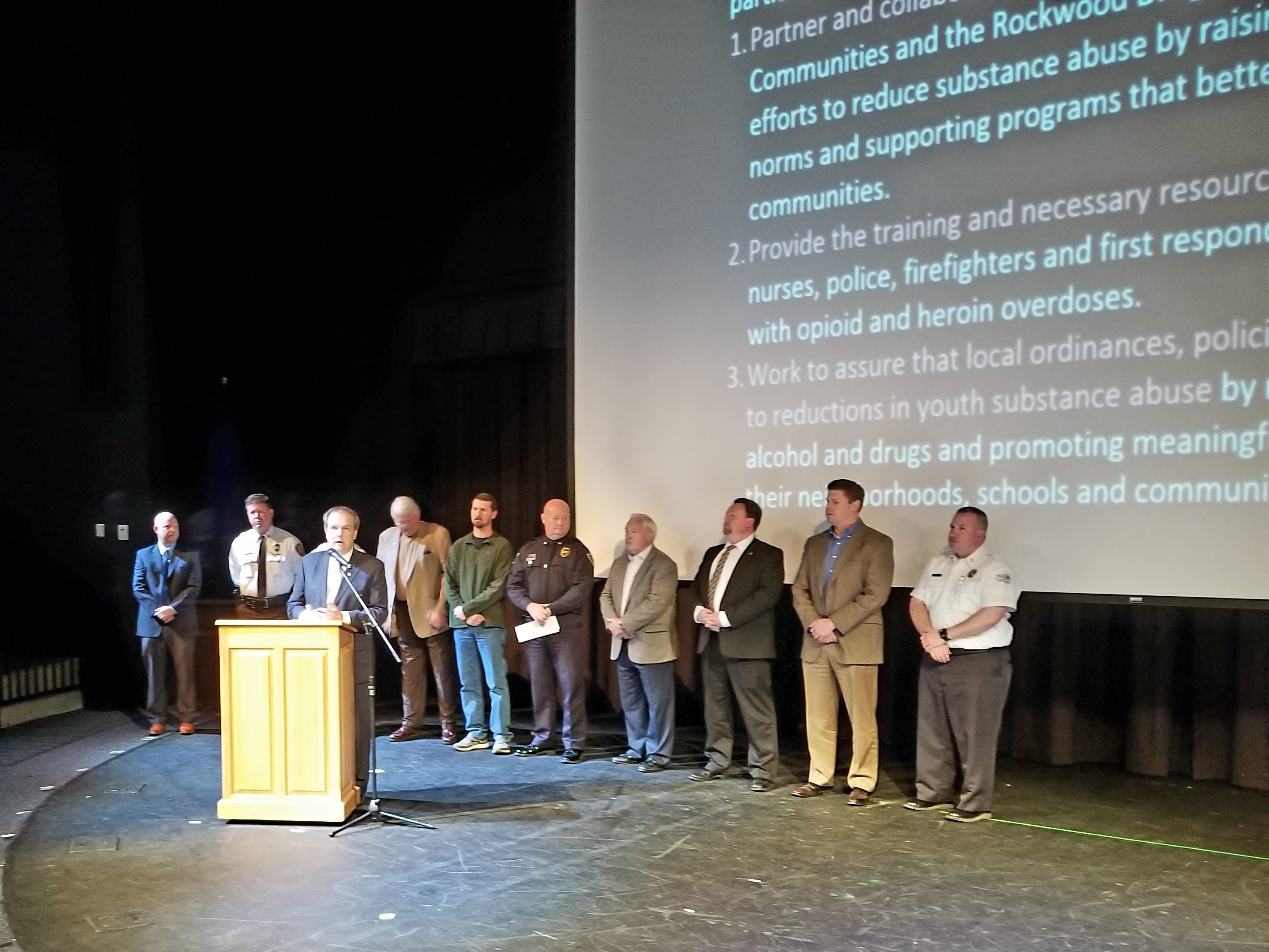 The opioid crisis has been a constant topic within the United States and not just in big cities but also in the country’s schools and neighborhoods, now a St. Louis County councilman wants to help educate area parents in order to stop the spread of the epidemic.

St. Louis County Councilman Mark Harder, who represents District 7, has been visiting various school districts within the area trying to get the message out to parents that the opioid crisis is a very real threat, and one that has already infected the county.

Harder said he started these town hall-like events because he wanted to shine more light on the subject matter in order to give parents the tools to slow down the epidemic.

“This event was a partnership between Parkway School District, the Alliance for Healthy Living, and my office and the leaders of West County municipality to shine a light on the opioid crisis we have in the region as all as in West St. Louis County,” Harder said. “(In addition) to make this an event for parents to get the right information about this so they can go home and talk to their kids and to do what they can to make their homes safe from this situation.”

According to the National Institute on Drug Abuse more than 64,000 Americans died from drug overdoses in 2016, including illicit drugs and prescription opioids–nearly double in a decade.

In addition to Harder’s efforts, St. Louis County has a Prescription Drug Monitoring Program (PDMP) which launched in April of 2017 that seeks seeks to improve opioid prescribing by providing critical information regarding a patient’s controlled substance history and informing clinical practices by identifying patients at high-risk.

Harder stated that the county’s PDMP program is just one tool in a big toolbox when it comes to reducing the opioid crisis in St. Louis County.

“I think it will do what it needs to do in the area that it’s in,” he said. “We’re trying to shine a light on what families can do in (their) home by cleaning out their medicine cabinet, getting rid of these unused drugs, locking up the ones that they’re using so that they don’t get into the stream of trading at schools or trading amongst people and to getting people hooked on these drugs.”

Harder has also long been an advocate for putting Naloxone (brand name Narcan) inside St. Louis County police officer’s vehicles to help counter the effects of an overdose.

Narcan is a nasal spray that can reverse the deadly effects an overdose. Narcan can be administrated in three FDA-approved forms, a shot (usually preformed by medical professionals), an easier shot called Evzio that works like an EpiPen and also a nasal spray.

But even Narcan is sometimes not enough, according to Harder. He said that when the drug fentanyl is mixed with heroin it can be little too late for emergency personnel to save the victim.

“The problem that we’re running into with that antidote is that with the outbreak of fentanyl being mixed with the heroin to give it a bigger kick,” he said. “It doesn’t take much fentanyl to kill somebody. In just a year or two ago we were treating overdoses with the Narcan product and being able to save a lot of folks but unless the person is conscious by the time we get there, if they got fentanyl in their system, we’re probably going to lose them.”

The next awareness event will be held on April 26, at 6:30 p.m. at Parkway Central High School in Chesterfield. Harder stated that it wasn’t just an event for parents but for anyone who lived in the community.

“We even have parents that have lost children to this drug (speak at the event) and we need to shake people up a little bit,” he said. “I’m worried about the issue being buried in the back page in the newspapers and it needs to be front in center. I think sometimes parents, kids and administrators will bury their head in the sand and say, ‘We can’t do anything about this,’ and move onto the next issue. We can’t do that and kids and young adults are being lost to this drug everyday.”